The 12MYC was founded by Jan Slee Founded in 2006, dedicated to the promotion and betterment of the 12 Metre Class. In 2013 the Club was revitalized under the leadership of Commodore James Gubelmann with Vice Commodore Chandler (Bee) Hovey and Richard Sayer who formed the non-profit corporation 501(c)3 of the current organization whose mission is:

To restore and foster the 12 Metre style of yacht racing by hosting educational seminars, lectures, and amateur racing events. 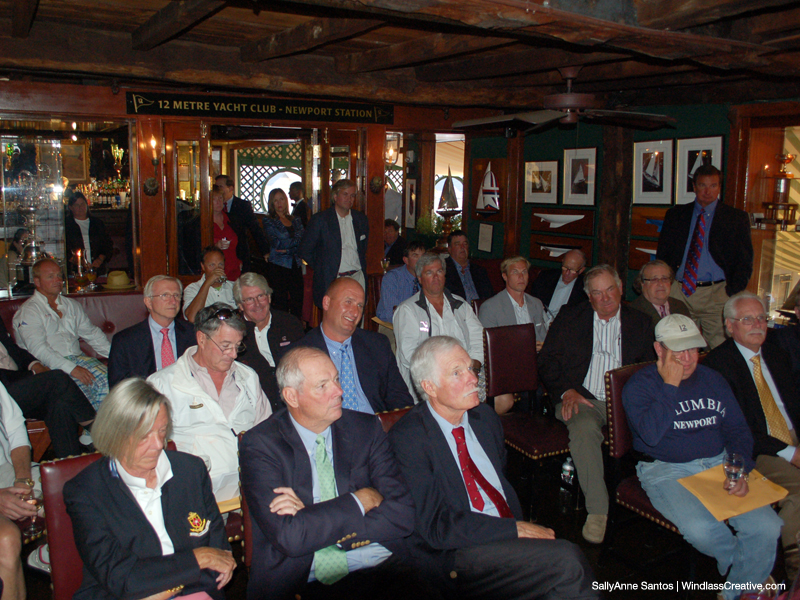 For organizing the 2019 12mR World Championship at Newport, Peter along with the Ida Lewis Yacht Club was recognized by the US Sailing with the St. Petersburg Award for the best-run regatta in the United States for 2019, based on participant feedback.

Over the years through a generous partnership with David Ray, the official home of the 12 Metre Yacht Club came to rest in the Sky Bar of the Clarke Cooke House. In this historic room, you will find half-hull models of the 12 Metres that have challenged and competed in America’s Cup in addition to the revered 12 Metre trophies awarded at both 12mR World and North American Championships. The 12 Metre Yacht Club is open to all who visit the Clarke Cooke House in Newport RI.