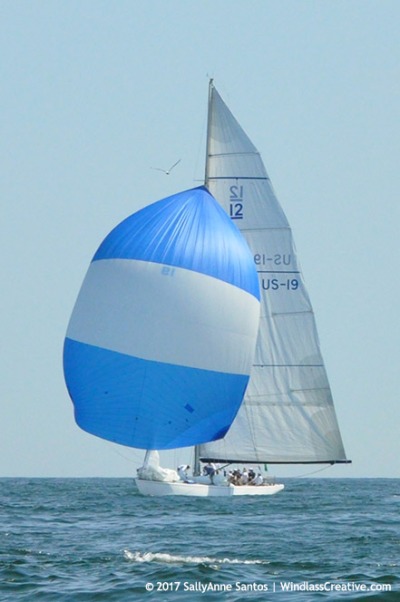 1996-2019
Purchased by George Hill and Herb Marshall of America’s Cup Charters she returned to her homeport of Newport, RI. Since 1998 she has been owned by Sears Wullschleger, Nefertiti Charters LLC.

1964-1996
Nefertiti was altered by Ted Hood and in 1967, she was chartered by AC Challenger Syndicate as the trial horse for Dame Pattie. Thus began her travels around the globe. From 1969-1979, she was owned by Man Johnson Co. Ltd. with her home port in Piraeus, Greece. From here she went on to the West Indies, then to Fremantle for the 1987 Cup races then on to South Africa for six years.

1962-1968
Nefertiti was the first twelve designed by Frederick “Ted” Hood and the only new 12 built for the 1962 Defender Trails. Her construction was a fast one, she was launched just 96 days after the plans were delivered to the yard. At the time she was the beamiest 12 ever built, as Hood was in search of stability, she had a long fore-triangle. She was fast in strong winds but unfortunately the Defender selection finals took place in light air. Weatherly prevailed and ultimately won the match against Gretel for the 1962 America’s Cup. Nefertiti won the 1962 Lipton Memorial Trophy (NYYC).