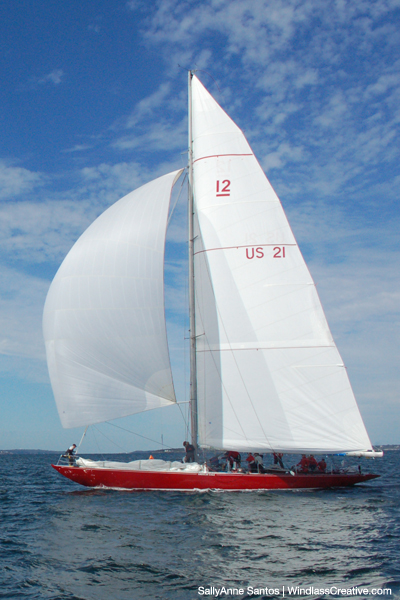 1984 – 2019
Owned by Herb Marshall, sailed and raced as part of the America’s Cup Charters fleet

1968 – 1973
Robert E. “Ted” Turner, III converted her to IOR, and installed an engine. She entered the most challenging races in the world winning the Southern Ocean Racing Circuit, the Annapolis-Newport Race and the Fastnet.

1964 -1968
Built for the 1964 America’s Cup campaign, her keel was quite innovative compared with conventional Twelve lines and her mast passed through a raised section in the deck, gaining an extra few inches in height. She ran off a 20-1 record in the June-July trials, only to be overtaken by Constellation in the selection series. Still renowned for a 42-tack duel on the final windward leg of the second race.